Hi Everyone, I’ve been working with this robot for a while now and Suddenly the raspberry pi isn’t receiving power from the board.

The raspberry will only load if there is a power supply as shown in the picture, on top of that the wheels are not working as well. If you connect the external power source to raspberry it will load and get the hot-spot but the wheels dont respond. 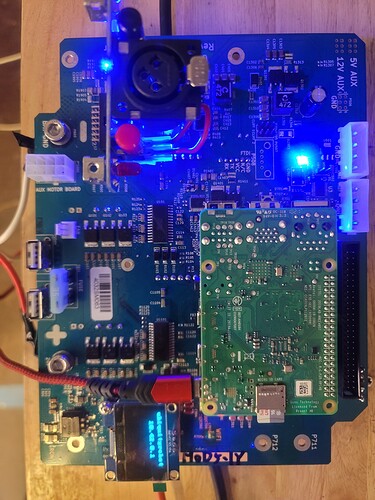 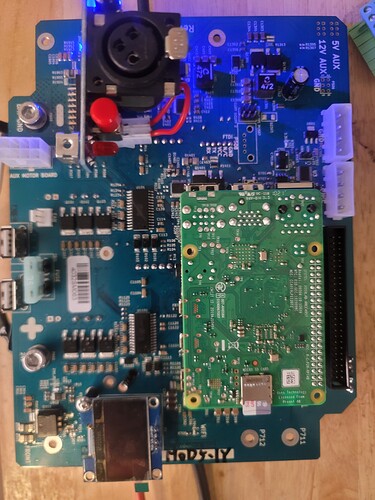 Hello. Sorry this is happening. I need to know about other power supplies and the leds are hidden from your pictures so I attach a doc I wrote for these sorts of cases. Do these checks in order they are listed.

First of all though tell me if the wheels have resistance to movement after you turn on the unit or they just turn fairly freely. Then move on to these debug steps (it will not let me paste the word doc so I am pasting text).

This document attempts some step by step troubleshooting to decide of the MCB or the Raspberry Pi is bad. It is critical to be very sure the battery is at 24V or above so this is not just a battery problem. This document is specifically looking for MCB or Raspberry Pi failures in detail.

CHECK 1: Verify The 5 Onboard Power Supplies Of the MCB Are Ok

If all 5 power leds are nice and bright then we look for the ‘STAT’ led to it’s right of the 4 power supply leds is doing a brief blink to off state then back on every 4 seconds sort of time. If you do not see the STAT led do any blinking briefly off the MCB firmware is damaged or the MCB processor is bad. IF the STAT led does not do it’s blink-offs the MCB is to be replaced.

CHECK 3: Verify The MCB is sending Status To The Raspberry Pi Host

The ‘SOUT’ led near top center of the MCB board must ALWAYS be blinking very fast. If it is not blinking fast there may be damage to the serial chips that interface 5V MCB processor to the 3.3V raspberry Pi serial lines.

Hi I followed the suggested step-by-step instructions and I was able to find the problem. The battery was drained and After a charge it seems to be working fine again. Thank you for your response.

Battery being too low is our #1 problem we see believe it or not.
We have software very soon that will show on the LCD many more things and one of them is indication of battery is too low. This does not help if it cannot even start but is valuable to keep an eye on the battery level far easier to know you badly need a charge.

Glad it is ok now, Mark